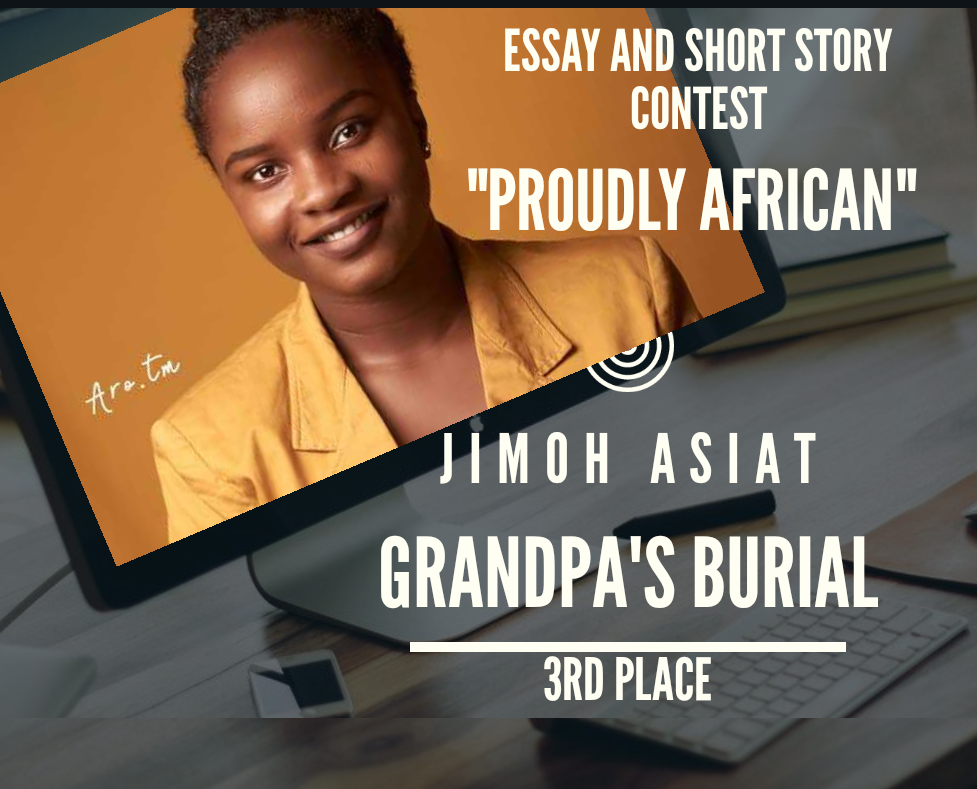 Born and raised in Ibadan, Oyo State, Asiat is a keen advocate of expression, which is well in tune with her abilities. A final year student of English and Literary Studies at the Federal University Oye-Ekiti, Asiat has stayed true to her craft.

A lover of the arts, she enjoys reading prose works, particularly those with African origins. Writing, for Asiat, started early with the “Jackies Club” in Primary school. This prodigious step became the first of many which would inevitably lead to the pen-mastery she now possesses. Her love of stories soon blossomed into a reading habit that made her a better language student.

Further forays into essay and creative writing served as spurs which eventually peaked during her university days, where she discovered the range of her abilities. The unwavering persistence sharpened her pen, producing the writer she is now.

Alice Walker, Mariama Ba, and Chimamanda Adichie have all contributed to her development as a writer. Talent with careful deliberation rarely goes unattended, which is why her work on “Grandpa’s Burial” has earned her a third-place finish in Panacea’s Short Story and Essay Contest, May 2020.

Asiat approaches storytelling in a way that is as compelling as it is inventive. Grandpa’s Burial is a play on the shades of Nigerian culture. Each aspect is thrown into open view in a manner that is both engaging, and accurate.

The story follows the death of the protagonist’s Grandfather, and how she and her immediate family react to the patriarch’s passing. It divulges her interpretation of the situation, while accentuating the varying nuances of African culture in vivid detail.

Asiat infuses the unorthodox mind of her main character with a curiosity that is quite enjoyable. Grandpa’s Burial is a fine piece of work by a writer who is definitely going places.

“The world has more sick minds than bodies,” says Asiat Jimoh, and she is on a mission to heal those minds with her stories. Through her writing, she hopes to inspire freedom of expression, and help people accept the reality of life.

“In a world where the number of readers is reclining, I hope to use my wit to glue readers to literary texts.” – Asiat Jimoh Abayomi.