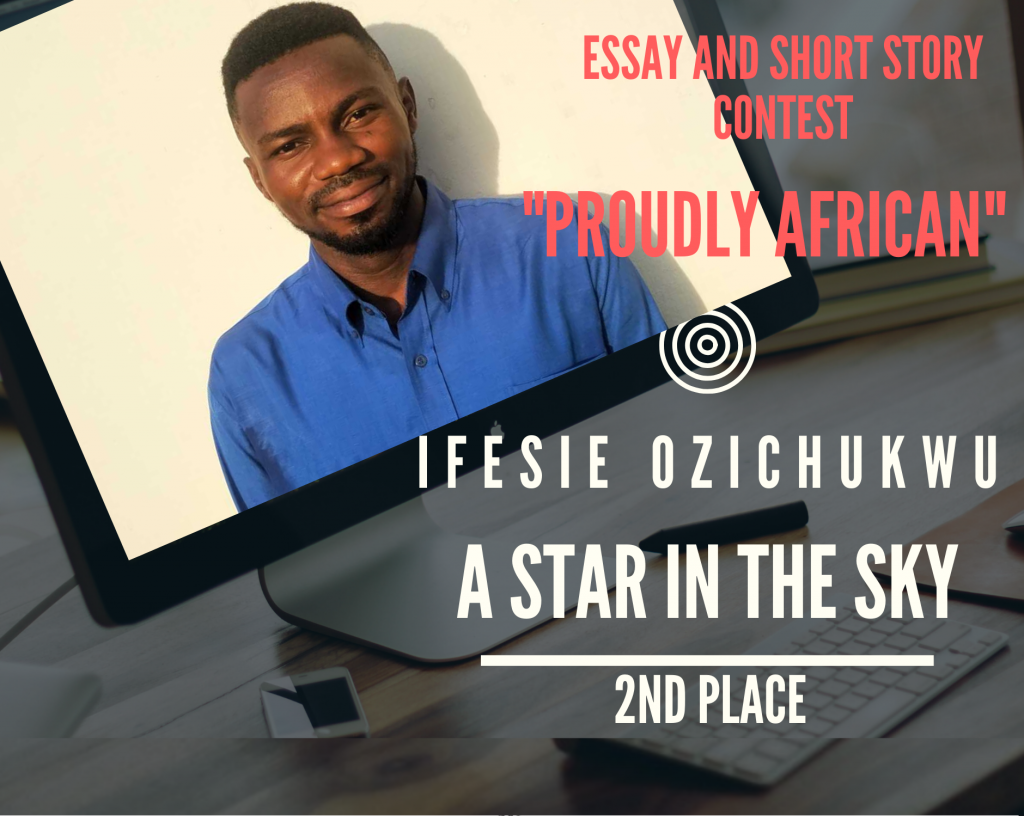 Ifesie Ozichukwu is a student of English and Literature at the University of Nigeria Nsukka. A native of Nnobi deep in the heart of Anambra state, he is an ardent lover of prose fiction, and the trancelike capabilities of poetry. When he isn’t writing, he can be found contemplating the intricacies of human endeavor. His mother is his greatest treasure.

Reading is Ifesie’s first passion, ignited by the efforts of his late father. “I hope to read as many books as I can before I die,” he says, demonstrating his uncompromising love of the written word. He takes his love further by professing his intention to teach in the future, having tried it in the past.

Ifesie’s inspirations include Charles Dickens, David Copperfield, Junot Diaz, and Ngugi Wa Thiongo. His proficiency with his pen has earned him the runner-up spot in Panacea’s Short Story and Essay Contest, May 2020.

A Star in the Sky

A Star in the Sky is a story of loss and sacrifice told with a sense of knowing that cannot be adulterated. The raw, and candid words, cut deep beyond the pages. “Few words can carry deep meaning” is an accurate description of the power in this story.

Ifesie takes his audience on a journey through the struggles of a man who puts his family first. The story showcases a special bond that defies the boundaries of space. Words carry strong meaning, but actions; even stronger still.

A Star in the Sky speaks of the sacrifice parents make for their children. It speaks of a love not in any way hampered by life or death. A true representation of the Nigerian heritage. It is a story we all know, and have probably heard before, but now told with an originality and sagacity that is unmatched.

“There were days when I found succor, a safe haven, in the pages of the books I have read. I want to provide that for someone else.” – Ifesie Ozichukwu

With his narrative, Ifesie hopes to instill in his audience the same sense of wonder he has come across on his reading expeditions. His goal is to educate a younger generation on exciting and humane ways to view the world. Ifesie seeks to create, with his work, a safe space for people to inhabit, if only for a while.

Read A Star in the Sky here.