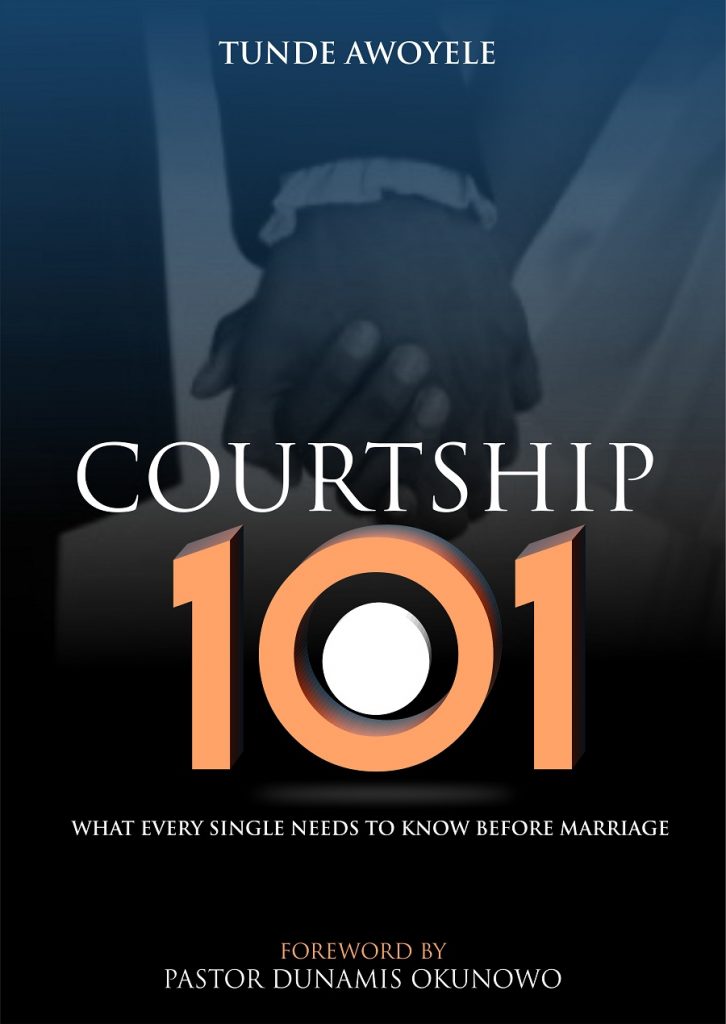 Like rain, tax, or weeds growing up through the pavement cracks, sooner or later it has to come into effect. At some point we all feel a special connection to another person which surpasses the mundane nature of everyday relationships. Human existence is bordered on the bond we form with the world around us. The stronger the bond, the stronger the relationship. The end result is courtship, and, not always but often enough, marriage.

Courtship 101 is a must read for everyone, a proper coming of age book. The values and 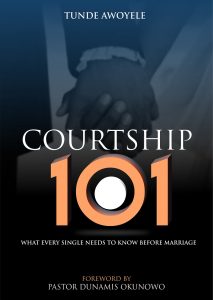 lessons held within its pages are priceless. In a world where divorce is fast becoming commonplace, this book conserves the virtues of a successful relationship.

With Courtship 101 Tunde Awoyele has fashioned a tool which directly affects marital success. The book exposes courtship to the bare essence of the word. Dissecting the puzzling pathways of conviction, dating and eventual engagement.

As so many people have come to realize – many of them too late – courtship is not as easy as it would seem from the outside. More often than not, it requires hard work, patience and a shrewdness of mind that is quite uncommon.

Tunde Awoyele has put his finger on the nerve of what courtship is all about, and isn’t reticent in sharing that information.

Quite adroitly named, Courtship 101 dissects the important notions and disposition one needs to take into a relationship. It accentuates the difference between courtship and dating while also considering suitability and compatibility.

Arguably one of the most salient points is; having a purpose before you propose. The importance of this is often lost among most men. A relationship can not succeed if you yourself do not have a plan for your own life.

Other gems to be found in this book include: knowing the right seeds to sow in marriage to reap success, and warning signals to watch out for when courting. To have a healthy relationship each person must know his/her role in it. It is also important to acknowledge the responsibilities attached to those roles. You stand to learn all these things, and even far more, by reading the book.

This book speaks directly to the strength of having a solid basis for what is to come. It is a straightforward guide for singles who are looking towards a committed relationship.

At some point in our lives, we’ve had to battle depression in one way or another. Life, for all its beauty, can also be a quagmire and takes a toll on everyone of us. However, it is not whether or not you are challenged, rather, it is how you rise to it. Phoenix: Rising from […]

Life is an eternal quest for success. From the Tower of Babel to modern-day economies, man has always sought to better himself. Like most things, self –improvement is easier said than done. This is where You and Your Mindset comes into play. If experience is the best teacher, then Edirin Edewor is the best choice […]

The role of education in today’s society is a very dominant one. The emergence, and eventual prominence, of the digital age goes even further to stress that point. The pace at which we get new innovations and technologies is staggering. This necessitates a standard of living that is promptly adaptable to new developments. However, in […]

I believe it was Stephen King who said something about writers holding the power of creating worlds in their hands. The Adventures of Nihu provides quintessential proof of that statement. Not only has the author managed to tell a story that covers all the facets of human endeavor, he has very much birthed his own […]