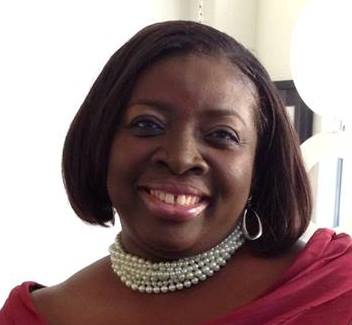 Sinmisola Ogunyinka is an embodiment of the vast possibilities that exist with a writer who truly understands the power of words and has determined to wield that power responsibly to glorify God and uplift humanity. With compelling narratives, she captures the realities of the human condition and paints a path from where we are to where we ought to be. 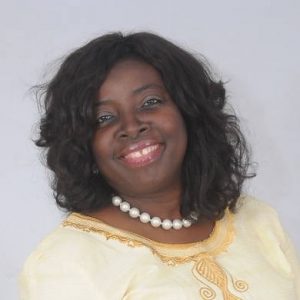 A wife, mother, movie producer, blogger and talk-show host, Sinmisola is driven by the firm commitment to become an impactful writer, teach and mentor upcoming writers, and reach the unreached through well-written, edifying, and appealing books on current topics and controversies, offering correction in all meekness and fear of God.

Her background as a graduate of Economics from Obafemi Awolowo University, Nigeria is perhaps partly responsible for the keenness and precision with which she deploys carefully crafted stories as priceless assets that must be channeled to the most productive ends. Although Sinmisola wrote her first full story at the age of ten, she knows that building a successful writing career will require more than raw talent.

Consequently, she has made huge investments in various trainings, conferences and mentoring programs including the Jerry B. Jenkins former Christian Writers’ Guild where she worked with mentors like Larry Weeden, Joy Gage and Diann Mills. She rose to become Craftsman which represented the highest level of expertise in the program.

With more than forty published books in her portfolio, Sinmisola has built a rich repertoire of knowledge, skills and experience which she seeks to share with other writers through various platforms including her Pleasant Writers Guild and the Amateur Writers’ Award, a fiction competition for teens and university students who have no prior experience with professional writing. The award has recorded three successful editions since it was launched in 2005. It is designed to be an annual event but for sponsorship challenges.

In addition to being a full-time writer and contributor to several magazines and blogs, Sinmisola also offers a range of professional services including coaching for writers, ghostwriting, editing and blogging while at the same time running a self-publishing company. She juggles all of these with a career in administration and human resource management. 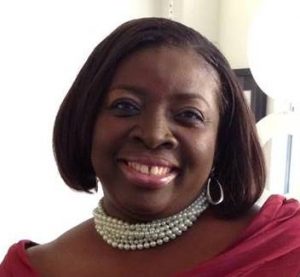 She is also a movie producer and has written several movie scripts. One of the high points in her career was writing a script which was produced into a movie, Red Hot, in 2012. The movie went to cinemas and was very successful, winning two awards at Golden Icons Academy Movie Awards (GIAMA), Houston, Texas in 2013, and Lagos International Film Festival. Sinmisola added another feather to her cap when she signed a contract with the Hartline Literary Agency, Pittsburg, Philadelphia.

Her books which are mostly novels and inspirational nonfiction have enjoyed wide acceptance and received global acclaim.

In 2017 she was nominated for the Nigerian Writers Award and emerged Faith-based writer of the year. Anyone who has ever written a book knows how hard it is to get even a few spontaneous reviews but Sinmisola doesn’t just have a few, she has lots of them and they’re strongly positive. Here’s a tiny sample:

Pepper was da bomb. I just finished reading it. Couldn’t stop until I was through…Well done… More grease to your elbow. Monica Anyia, an online customer, on Pepper

I read ‘the devil lied’ today and i’m so excited about this new revelation, which i can’t wait to share with my friends at school tomorrow. A teenage fan on The Devil Lied.

Wow! This book kept me awake all night long… Very interesting and incredible story. This is a must read for every person who loves a good story with intricate plot and twists. An Amazon reviewer on The Days after that Night

Good read, reminds of the Pacesetters books I read as a young girl growing up in Nigeria. An Amazon buyer on What’s good for the goose (A True Dream novel):

Nice read… A beautiful and captivating story, thrilling and suspense filled at the same time. An okadabooks buyer on Tisha

I’ve just finished the book and I’m awed at the enormity of your talent as a writer! You are undoubtedly one of the best writers I’ve had the pleasure of reading. This book is a blockbuster like all the rest. I have just told my family now that we are going to buy every book you write. Wow! Well done Babe! Truly a satisfying read. I can’t wait to blog about it next week. Elsie Oghenekaro (Elsiewrites), writer and blogger on Battered (A True Dream novel).

Writing, for Sinmisola, is not an end in itself but a vehicle to serve a higher purpose. Beyond the accolades that attend her work, she wants to see lives transformed. She is particularly concerned about children and has started a charity towards eradicating child-hawking on the streets of Nigeria. She is also deeply involved with a charity focused on eradicating the culture of #MoneyWoman #MoneyMarriage which is selling off girl-children into a marriage-slavery, common in Cross River and Benue states of Nigeria.

Sinmisola lives in the city of brotherly love, Philadelphia, USA. She is happily married to Pastor Afolarin Ogúnyinka and they are blessed with four children.

Ifesie Ozichukwu Ifesie Ozichukwu is a student of English and Literature at the University of Nigeria Nsukka. A native of Nnobi deep in the heart of Anambra state, he is an ardent lover of prose fiction, and the trancelike capabilities of poetry. When he isn’t writing, he can be found contemplating the intricacies of human […]

Jimoh Asiat Ayobami Born and raised in Ibadan, Oyo State, Asiat is a keen advocate of expression, which is well in tune with her abilities. A final year student of English and Literary Studies at the Federal University Oye-Ekiti, Asiat has stayed true to her craft. A lover of the arts, she enjoys reading prose […]

Aisha Oredola Aisha is, at heart, a lover of poetry and prose. With a B.Sc. in Cell Biology and Genetics, she has proved her mettle time and again. In no small way, she has developed a level of expertise and finesse that many writers dream of. Taking an interest in writing at an early age […]

Edoziem Miracle Edoziem Miracle is a student of English and Literary Studies in the University of Nigeria Nsukka, Enugu State. Currently in his third year, Miracle displays poise and control in his writing far beyond his years. It is apparent that his chosen field of study is not a decision you can call a coincidence. […]

Taiwo Ajuwon Tayelolu “Taiwo” daughter of Ajuwon, first of her name, is an author and so much more. She possesses a full spectrum of abilities which she is unafraid to show the world. As a lawyer, she is a fervent advocate for equity and equality. She is also a proud feminist and an ambivert; confident […]

The winner of our 2019 Quarter 4 Short Story Contest is Olabiyi Teniola Joy with her story A Part of Me. Teniola Olabiyi  Tennie Benson, as most people know her, is a disciplinarian, is ambitious and honest to nearly a fault. She is a hard worker and always ready for a challenge. One of her […]