Book Review: The Truth, The Lie and the Dare 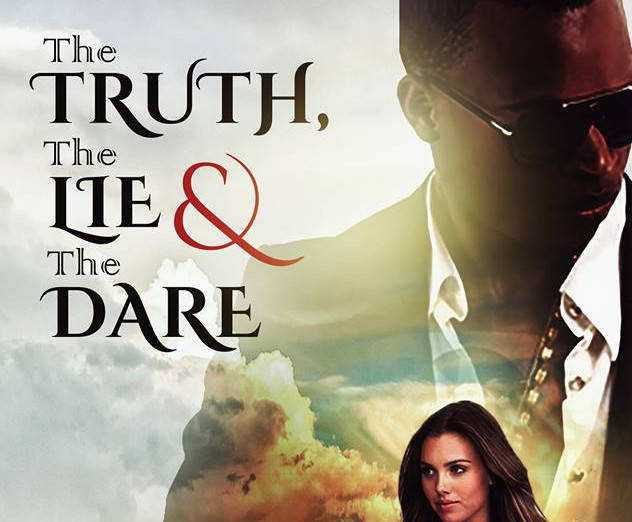 You only need to read the first few pages of The Truth, The Lie and The Dare to see why the author has so many awards in her kitty. I devoured the 283-paged book in two sittings in spite of having a full schedule including three highly prized nonfiction books out of which I had only read a few pages.

In this novel published in 2017 and set in southwestern Nigeria, Sinmisola Ogunyinka tells a story of love and redemption with Christine, a dedicated and very successful professional in the civil service and Chico, a self-schooled butcher and the owner of Ode abbatoir, as the main characters. I am particularly impressed by the prowess with which the author weaves a riveting tale so real that the reader feels like a part of the story.

Christine, the first daughter of a rich businessman, turns down her dad’s arrangement of a transactional marriage to Hassan, a reckless son of his business partner. Saffron, the third daughter agrees to the offer and gets their father’s manor willed to her, together with the portions that should have been Christine’s. Christine does not get as much as a pin. Even the car she has is withdrawn. Christine lives with the pain worsened by Saffron’s haughty and deliberately unkind disposition. The situation is further compounded by the conspiracy of Janella who sours Christine’s relationships and practically hijacks her suitors on at least two occasions.

Pebble, the fourth and last child, has Down’s Syndrome and is mostly left in care of Wendy, their mother, until an unexpected turn of events brings Chico the butcher into the family after he got smitten by Christine. Chico had first set his eyes on Christine during her visit to his abbatoir as a university student on research when she was in fact an undercover agent from the Ministry of Environment.

Against the backdrop of his relationship with Christine, Chico takes special interest in Pebble, renames her Precious and takes responsibility for giving her appropriate education while also brushing up her culinary skills. This and other selfless acts reveal the kind heart and refined character beneath the Chico’s tough exterior. Christine eventually dares to marry the butcher against the ‘better judgement’ of others including her pastor who saw him as a liar and criminal without doing due diligence to see the man behind the mask.

One theme that particularly strikes me is the gulf between true friendship, as demonstrated by Tolani and Christine who always had each other’s best interests at heart, and heartless betrayal, as demonstrated by Bala who exploited Chico’s generosity for ignoble objectives.

The Truth, The Lie and The Dare paints a vivid picture of various situations revealing the best and the worst of the human condition. Like a wise and experienced guide, the author takes readers on a journey with breathtaking scenes. Starting from the abusive Usmani, Chico’s father, to the seemingly indifferent Wendy, crooked Agoro, hypocritical Jon, deceptively attractive Ayo, the discreet Basi Lejoka and the wise Oloye, the characters evoke a broad spectrum of emotions – with conflicting themes like wealth and poverty, love and hate, diligence and laxity, integrity and corruption, family problems – all leading to a refreshing climax of good triumphing over evil.

Although the book is set in Nigeria and the author effortlessly allows her Christian perspective to seep through some pages, the book has been carefully crafted for a global and secular audience. I heartily recommend it to everyone who loves a good story with practical implications for everyday life.

Tags:
Sinmisola Ogunyinka, The Truth The Lie and The Dare
Share:

At some point in our lives, we’ve had to battle depression in one way or another. Life, for all its beauty, can also be a quagmire and takes a toll on everyone of us. However, it is not whether or not you are challenged, rather, it is how you rise to it. Phoenix: Rising from […]

Life is an eternal quest for success. From the Tower of Babel to modern-day economies, man has always sought to better himself. Like most things, self –improvement is easier said than done. This is where You and Your Mindset comes into play. If experience is the best teacher, then Edirin Edewor is the best choice […]

Like rain, tax, or weeds growing up through the pavement cracks, sooner or later it has to come into effect. At some point we all feel a special connection to another person which surpasses the mundane nature of everyday relationships. Human existence is bordered on the bond we form with the world around us. The […]

The role of education in today’s society is a very dominant one. The emergence, and eventual prominence, of the digital age goes even further to stress that point. The pace at which we get new innovations and technologies is staggering. This necessitates a standard of living that is promptly adaptable to new developments. However, in […]